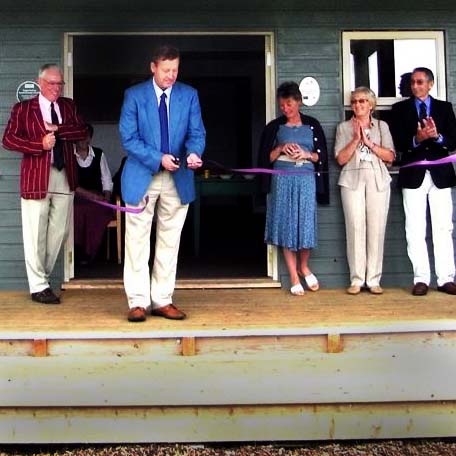 Malcolm Hooker, our President, paid tribute to the many members of the club and the local community who helped with the completion of the building by contributing their time and professional expertise in carrying out electrical, plumbing, decorating and glazing work.  The new pavilio 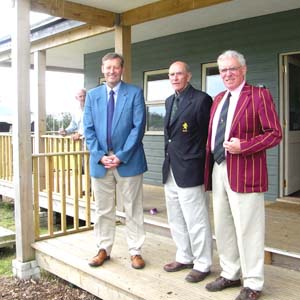 n is now one of the largest and best in the area and will prove a real asset to the development of both Youth and Senior teams.  The main funding providers included Defra under their Rural Enterprise Scheme, the Foundation for Sports and Arts, and North Dorset District Council.  It took at least four years planning to raise the necessary funds.

Guests at the opening included Ken House, Chairman of the Dorset County Cricket Club, shown here with Tim Tremlett on the left and Malcolm on the right. 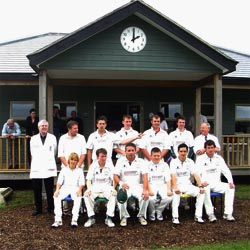 After the opening ceremony, Buckhorn Weston’s 1st Eleven, shown here on the left, were challenged by the Hampshire Maniacs, aka Malcolm Hooker’s President’s XI, shown below. 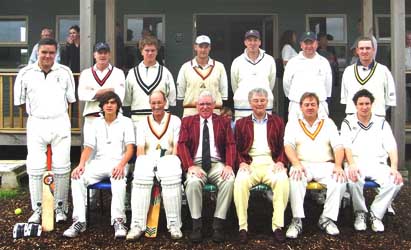