The day began with an unprecedented event on May bank holiday – the sun rose without cloud or the threat of rain. Ahead lay the much anticipated inaugural match between Buckhorn and a touring side from London: the Sands End Swordsmen.

It might be argued that the match began at 2pm that day and indeed the first ball was bowled at that point, however others might argue the opening salvo was indeed fired well before then by a certain Buckhorn player otherwise known as Daffy who cryptically encouraged the touring side to have another drink and to keep drinking on in the spirit of the moment on Saturday night.

The management of the touring side fell for the ploy and failed to employ a curfew resulting in a 4.30am finish for the Swordsmen – it proved fatal as would be seen through events the following day.

On pitch 3 at Sherborne Boys both captains walked out to the toss and the Swordsmen were sent into bat – yes you are suddenly realising – Adam won a toss!

The innings started slowly for the Swordsmen and a steady collapse of wickets meant the Swordsmen posted a paltry 92 all out. The most remarkable point of the game was the Swordsmens’ opening batsman’s achievement at being dismissed having played the ball onto his wicket twice (!) in one innings. The low point (in his own words) was Dan Boyle being run out without facing a ball – a good throw from point by Freddy Vernon followed by some sharp keeping from Buckhorn’s debutant overseas recruit from Australia, Tom, saw the stumps fly well before Boyle could shift into 2nd gear and he was nowhere near making his ground.

There was some tidy bowling at the start of the innings from young Tom Dunn and the experienced Daffy. Chris Davies, interrupted from his lunch and in a rare turnout for the Sunday side, produced an effective display snaring a few wickets in his spell. There was also some inspired spin bowling from Freddy and medium pacers from Dan Taylor kept the Swordsmen on the back foot. Freddy was heard to say that even though the ball fizzed after leaving his hand even he wasn’t sure which way it would turn.

Simon B and sister Jemma B opened the batting for Buckhorn and together knocked off the bulk of the runs before Jemma fell to a lofted drive. Three sixes and numerous fours saw Simon bring up his 50 and he finished 65* as Adam B scored the winning runs.

The game was played however in excellent spirit and a super lunch was put on by Buckhorn. Both sides retired to the pub for a beer of two before the touring team made haste to catch the train back to London.

Both sides eagerly await the possibility of a double-header next summer! 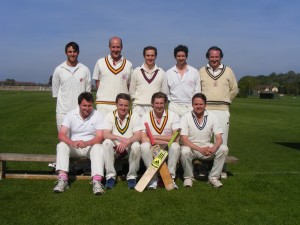 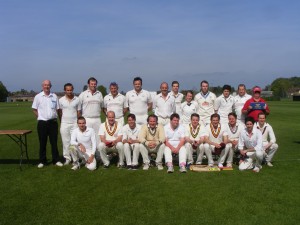 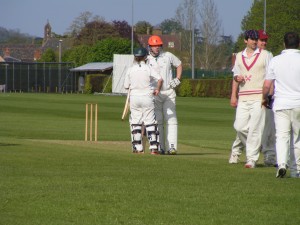 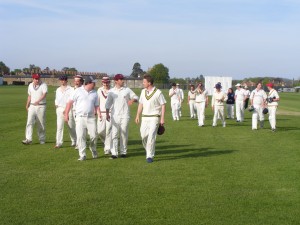